Meet the Lady Behind the Scenes!

My name is Angela Sullivan. I was born in Houston, B.C., a place so small it didn’t have a hospital. My family moved to Grande Prairie when I was 4, which is where I spent most of my childhood, then over to Prince George.

I desperately wanted a 3D Ultrasound when I was pregnant with my first child, but Vancouver and Edmonton were the two closest places it was available and the cost was $500 a session. Times were tough for me back then and just the cost of the trip alone wasn’t feasible, let alone the $500 fee.

When my son was born, I knew right away something was unique about him. Shortly after he turned 2, I was diagnosed with non-Hodgkin’s lymphoma.  I had 6 rounds of chemo and 20 rounds of radiation and was sent home hoping the last of the cells would die off residually. Which seems to have been the case.

Six months after the last treatment we were given permission to try to conceive another child. Approximately 7 weeks later I find out I was expecting twins! Again, I so badly wanted a 3D Ultrasound but was in the same position as during the previous pregnancy.

To say I was frustrated and upset such service wasn’t available locally would be an understatement. So, I began research on opening a 3D Ultrasound business of my own in Prince George. I was induced at 38.5 weeks and delivered Baby A naturally, while Baby B was an emergency C-section. Around the time the twins were 4 months old, my husband at the time was in a head on collision with a logging truck.  He was seriously injured with multiple broken bones as well as internal ligament injuries which caused stroke-like symptoms. He was unable to return to work, so I continued working on opening the business with our challenging 4 year old, 4 months old twins, and a severely injured husband.

Opening the business in Prince George seemed like the only option, but there was such a large population of people who still wouldn’t have access to this service in the more highly populated surrounding area. Initially I wanted a studio and be mobile as well.

In June 2012, Tiny Beats opened their ultrasound studio in Prince George.  I was discouraged about opening another like business. Ultimately, I decided to open a mobile company. For the next year I planned, designed and created the company.  I officially opened June 1, 2013.

I travelled to Grande Prairie and Fort St John every month. Every other month I went to the West Coast (Terrace, Prince Rupert and Kitimat area, and little towns in between). Eventually I expanded to Kamloops, Williams Lake, and Quesnel as well. Because of my husband’s injuries and inability to work, I was the sole provider for our home, and Prince George was a great central hub for my travel.

In 2014, I was extremely honoured to be nominated, and later to become one of four finalists for the Entrepreneur of the Year Award with the Prince George Chamber of Commerce.

In spring of 2015 my son was diagnosed with Autism Spectrum Disorder. Although he is high functioning, he has some real challenges. There weren’t many people I trusted to care for him where we were, and with other unforeseeable difficulties, I moved to Grande Prairie and set up (in-house & mobile) shop in December 2016.  Now I have the studio – and the mobile – service I always wanted.

I love this business, am passionate about – and exceptionally good at - what I do... and most importantly, I adore my clientele. I look forward to being of service and greatly enhancing your pregnancy experience. 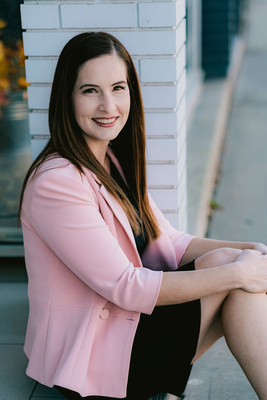