Your baby is starting to look like a miniature newborn. Its previously see-through skin will now become opaque. However, it will remain wrinkly, red, and covered in vernix until more fat helps to fill it out. The arms and legs have reached their final proportion. Its facial features are become more developed and even developing tooth buds beneath the gums. Its eyes are formed, but the irises(the colored part of the eye) still lack color. Though the eyelids are still sealed shut, baby can perceive light and dark now. Shine a flashlight on your tummy and see if she moves. Baby's ears are beginning to hear and process sounds from inside your body — your breathing, your rumbling tummy, your heartbeat. Your baby's body is covered in lanugo and wrinkles(which baby will have until it starts putting on fat). The pancreas(which is essential for producing some important hormones) is developing steadily. The lungs are developing rapidly, and they will begin making a protein called surfactant, which will help her breathe independently once its born. Baby's nervous system is sharpening its senses, which means its fingers are learning to grab its tiny ears, nose and umbilical cord. Baby is starting to sleeping in cycles—about 12 to 14 hours per day. 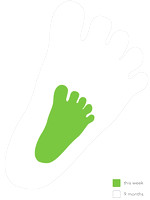 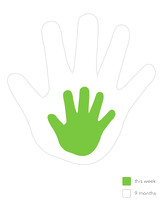 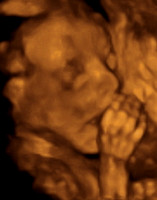 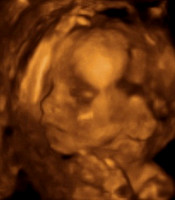 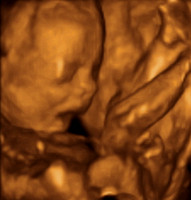 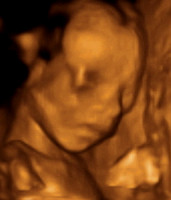 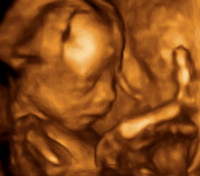 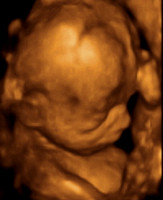 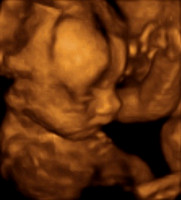 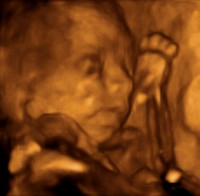 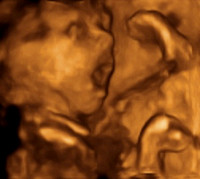 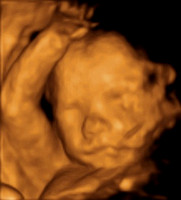 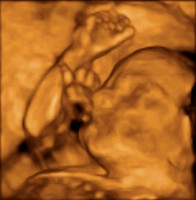 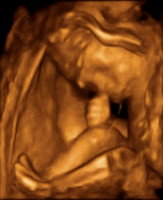