At 25 weeks your baby is approximately 13.5 inches from head to toe, and weighs approximately 1.5 pounds(about the size of an average rutabaga, a head of cauliflower, or an eggplant).

Baby's beginning to exchange the long, lean look for some baby fat. As this happens, the wrinkled skin will begin to smooth out and it'll start to look more and more like a newborn. If your baby has hair (some are bald), the color and texture could actually be seen at this stage. Your little one’s startle reflexes are now developing. Your baby's skin is turning pinker — not because it's getting overheated (in fact, the amniotic fluid is perfectly climate-controlled, keeping baby at an always comfortable temperature), but because small blood vessels, called capillaries, are forming under the skin and filling with blood. Later this week, blood vessels will also develop in your baby's lungs, bringing them one step closer to full maturity But at this point, those lungs are still very much works-in-progress. Though they are already beginning to produce surfactant, a substance that will help them expand with oxygen after baby is born, the lungs are still too undeveloped to sufficiently send oxygen to the bloodstream and release carbon dioxide when baby exhales. Your baby's nostrils and nose are starting to work this week (it was previously believed that the nostrils stay plugged up until around now in the pregnancy, but the latest research shows they open much earlier and stay that way through all three trimesters). That allows your little one to begin taking practice breaths. Of course since there's no air in there, your baby is really only "breathing" amniotic fluid. Baby could also be able to smell various scents in utero by this week, too, and if not that sense will kick in by the third trimester. When you’re feeling lots of kicks, baby’s awake, and when you’re not, he or she is likely snoozing. Regular movement is a sign of a healthy, active baby. If you haven’t felt baby move in a while and you want some reassurance that everything’s okay, drink some ice water, play some music, or have your partner give you a light massage, and your little one might just wake up and give you a few jabs. Baby's developing a firm grasp and may reach out and grab the umbilical cord. It can also stick out it’s tongue! Your baby's first bowel movement has been forming in the large intestine. The thick, dark poop is called meconium and it's typically excreted shortly after he's born.


Note: Every baby develops a little differently — even in the womb. This information is to give you a general idea of your baby's size.
© Precious Images 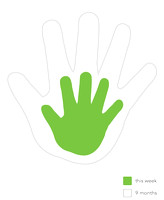 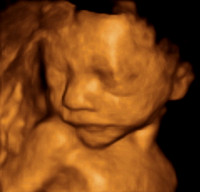 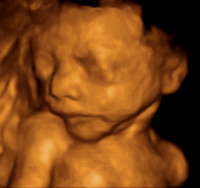 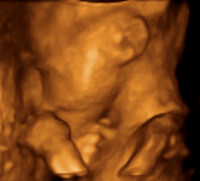 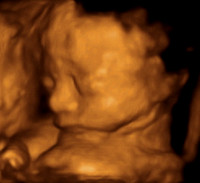 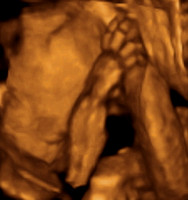 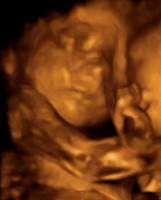 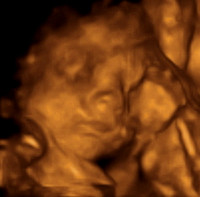 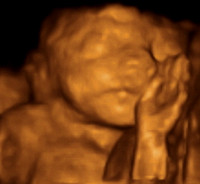 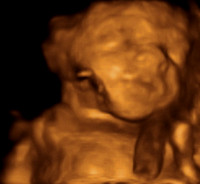 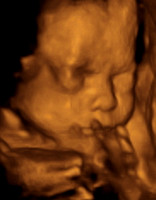 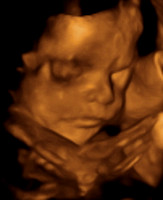 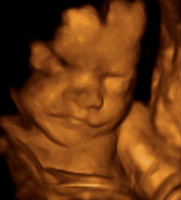 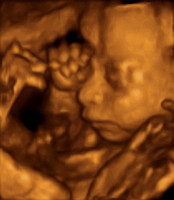 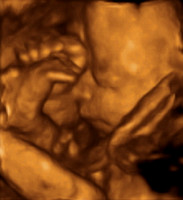 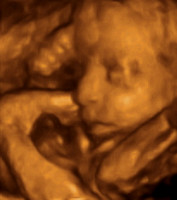 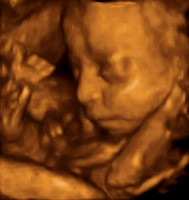