At 36 weeks your baby is approximately 18.5 inches from head to toe, and weighs almost 6 pounds(about the size of a head of romaine lettuce).

Your baby is still packing on the pounds – at the rate of about an ounce a day. It is shedding most of the downy covering of hair that covered it and protected it's skin during the nine-month amniotic bath. Your baby swallows both of these substances, along with other secretions, resulting in a blackish mixture, called meconium, will form the contents of baby's first bowel movement. At the end of this week, your baby will be considered "early term." (Full term is 39 to 40 weeks. Babies born before 37 weeks are preterm, 41 weeks is late term, and those born after 42 are post-term.) Most likely your baby is already head-down. But if not, your doctor or midwife may suggest scheduling an external cephalic version. That's a fancy way of saying that your healthcare provider will apply pressure to your abdomen to try to manipulate your baby into a head-down position. Your baby looks more like an infant this week, with pink skin and chubby little legs. Your baby’s ears are extra sharp during these last few weeks. Studies show he may even recognize your voice and favorite songs after birth. If this is your first birth, your baby may drop into the birth canal this week in what is called “lightening” or “dropping.” Your baby's skull isn't the only soft structure in her little body. Most of its bones and cartilage are quite soft as well (they'll harden over the first few years of life) — allowing for an easier journey into the world during delivery. By now, many of your baby's systems are pretty mature, at least in baby terms — and just about ready for life on the outside. Blood circulation, for instance, has been perfected and your baby's immune system has developed enough to protect your little one from infections outside the womb. Others, such as digestion still need some work — which actually won't be fully mature until sometime after birth. Inside your little gestational cocoon, your baby has relied on the umbilical cord for nutrition, meaning that the digestive system, though developed, hasn't been operational. It will take the first year or two to bring it up to speed. Your baby’s skin is getting smooth and soft, and his or her gums are rigid. Baby’s sucking muscles, which are quite powerful, have also finished developing now, and are ready for their first real feeding. 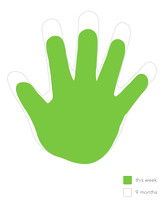 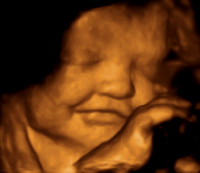 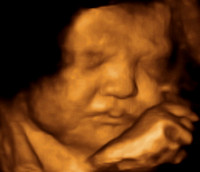 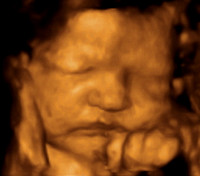