At 24 weeks your baby is almost a foot long from head to toe, and weighs approximately 1.3 pounds(about the size of a cantaloupe, or the length of an ear of corn).

Its brain is also growing quickly now, and the taste buds are continuing to develop. Baby’s lungs are developing "branches" of the respiratory "tree" as well as cells that produce surfactant, a substance that will help its air sacs inflate once it hits the outside world. Baby's auditory system is rapidly advancing, which means if she frequently hears a certain song now she's likely to recognize it and feel calmed by it when she's born. That beautiful face (though still tiny) is almost fully formed, complete with eyelashes, eyebrows and hair, all of which are white, since they have yet to acquire pigment. The nostrils are opening now for "practice breathing"; it'll go through the same motions of real breathing but inhale amniotic fluid instead of air. Your little bean is putting on more and more weight, much of it coming from accumulating baby fat along with growing muscles, organs and bones. Your baby cuts a pretty lean figure at this point, but its body is filling out proportionally and will soon start to plump up. Your baby’s see-through skin is gradually becoming more opaque as it is slowly gaining fat It’s taking on a fresh, pink glow, thanks to the small capillaries that have recently formed. Also, because the balance-controlling inner ear has developed, your baby can finally tell if it's upside down or right side up, so moving around takes on new meaning. 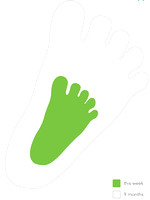 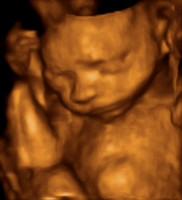 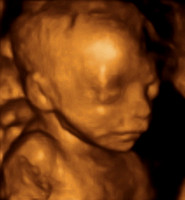 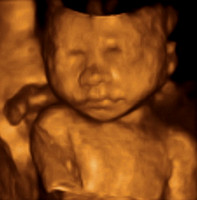 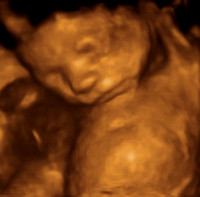 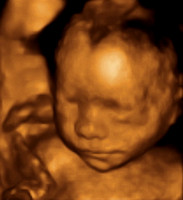 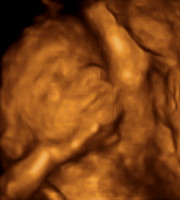 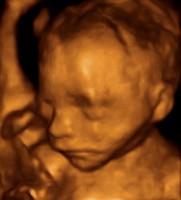 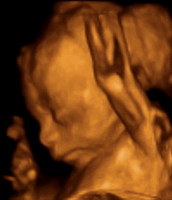 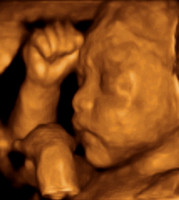 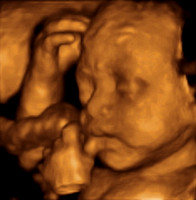 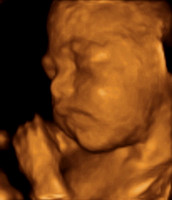 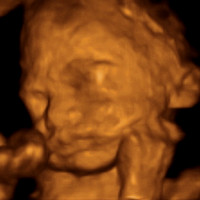 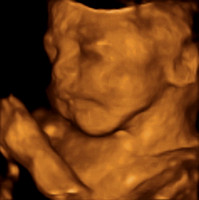 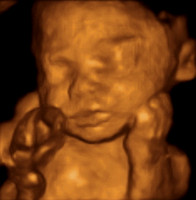 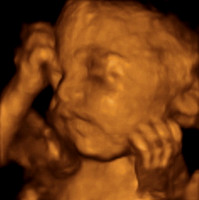 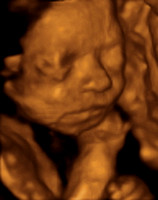 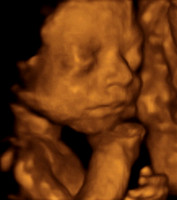